To start off this blog, here is a list of my Top 10 Favorite Films. In no way definitive, they are simply films I keep coming back to. This list changes over time, depending on my mood… think of it as a slice of what movies are on my mind right now. 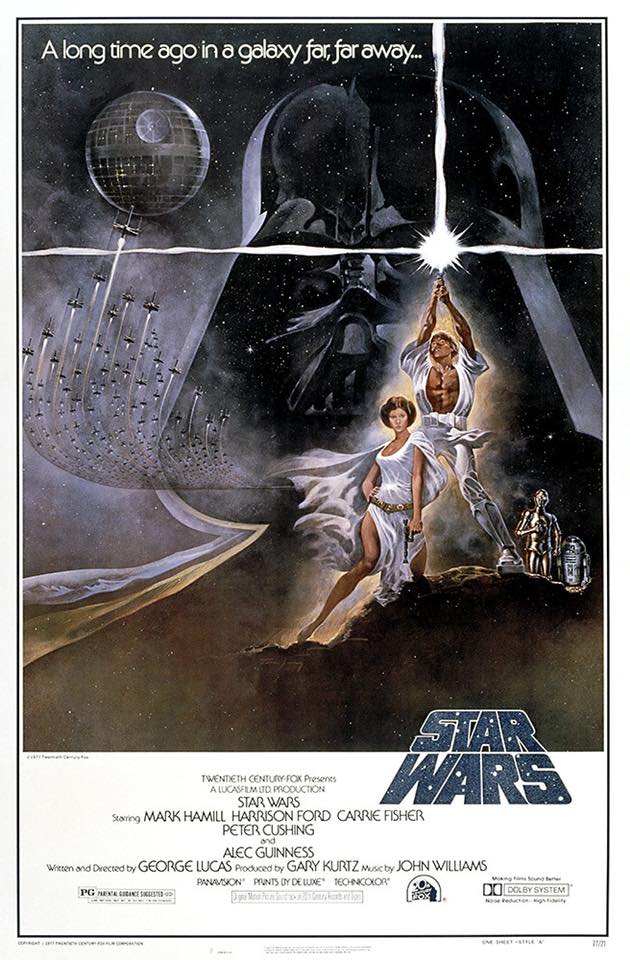 I’ll try to get through this one quickly, since I know everybody has it on their list. It has long been trite, contrived and predictable to put Star Wars on your favorite movies list. But when I was seven years old, Star Wars: A New Hope blew my mind wide open. The animated Disney movies that I watched up to that point had entertained me, but they had never elicited that question that Star Wars put into my mind: “How did they DO that?” In the course of voraciously devouring all things Star Wars, it came to my attention for the first time that films were things that were MADE by teams of people, and didn’t just appear out of thin air. It was the first time I was introduced to terms like “cinematography,” “concept artist,” and “director.” It made me learn about the Hero’s Journey, made me read Joseph Campbell’s “The Hero with a Thousand Faces,” and introduced me to the incredible pantheon of the world’s historical mythologies. It made my imagination run wild. In short, it made me realize that making movies was a thing you could do with your life, and that I desperately wanted to do that with mine. I haven’t looked back since, and for that, I will always love Star Wars. 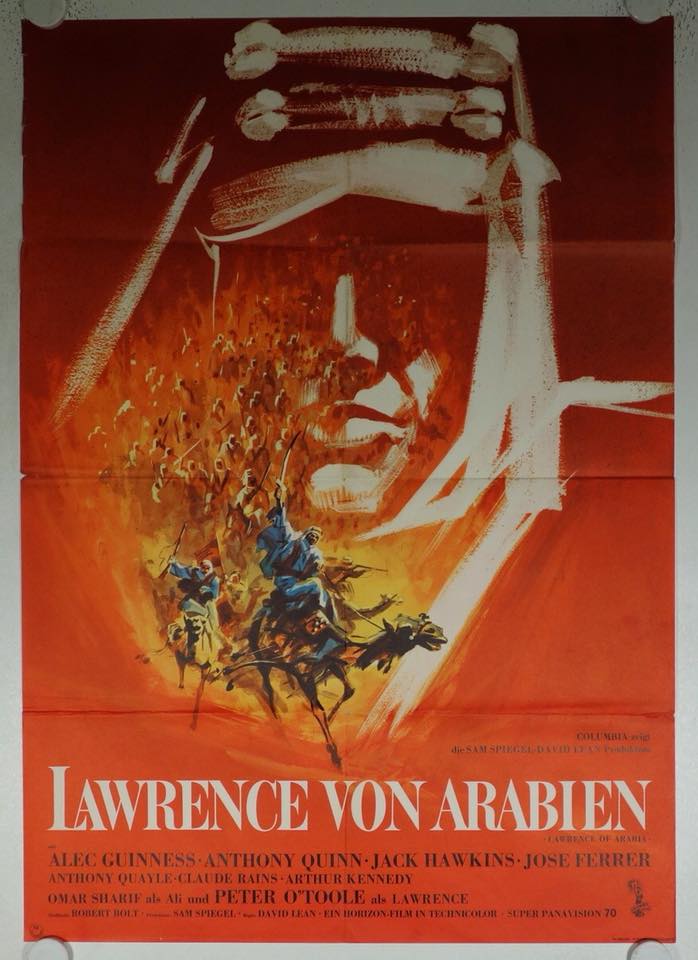 If Star Wars was the film that made me realize I loved and wanted to make movies, Lawrence of Arabia taught me that movies could be about parts of life I did not yet understand. More than that, Lawrence taught me that movies could actually teach you about life. That the world was full of moral quandaries, not just filled with good and evil but with degrees of both. It opened my eyes to the fact that we are often presented with questions that don’t have easy answers. That sometimes good people do very bad things. It was an incredibly formative film for me, and remains one of my favorites to this day. 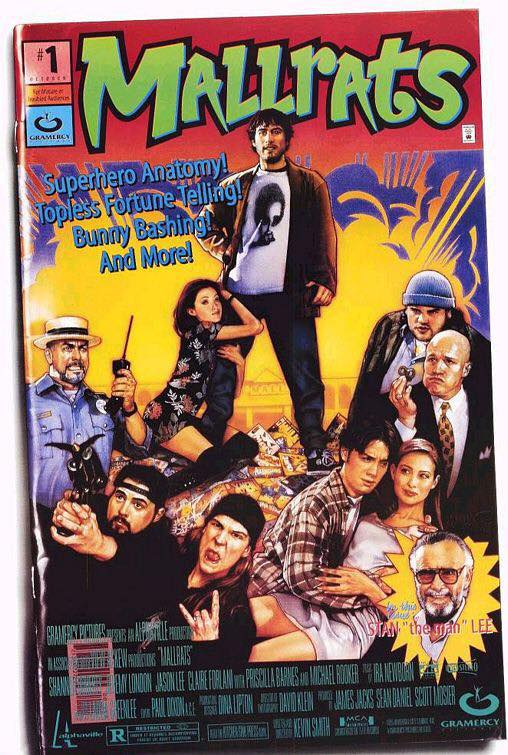 So if Star Wars made me realize you COULD make movies, and Lawrence of Arabia taught me you could make GREAT movies, Mallrats was the first movie to make me think “Hey… even I could do that!”
I don’t mean that as a dig at the film, either. It’s probably the least respected of Smith’s work (Well…. there’s always “Tusk”) But for all it’s juvenile humor, Mallrats (and all of Kevin Smith’s work) is incredibly pure-hearted. Though the jokes are often puerile, the dialogue is fast and fun, the visuals are crisp and colorful, and dern it… I just can’t help but love these characters. They are full of life, and doubts, and desires, creatures addicted to the comforts of their small town, while also yearning to break free and become something better. Everything about this movie makes me think about who I was at 16. Smith is a remarkable success story. I wanted his story to be mine. 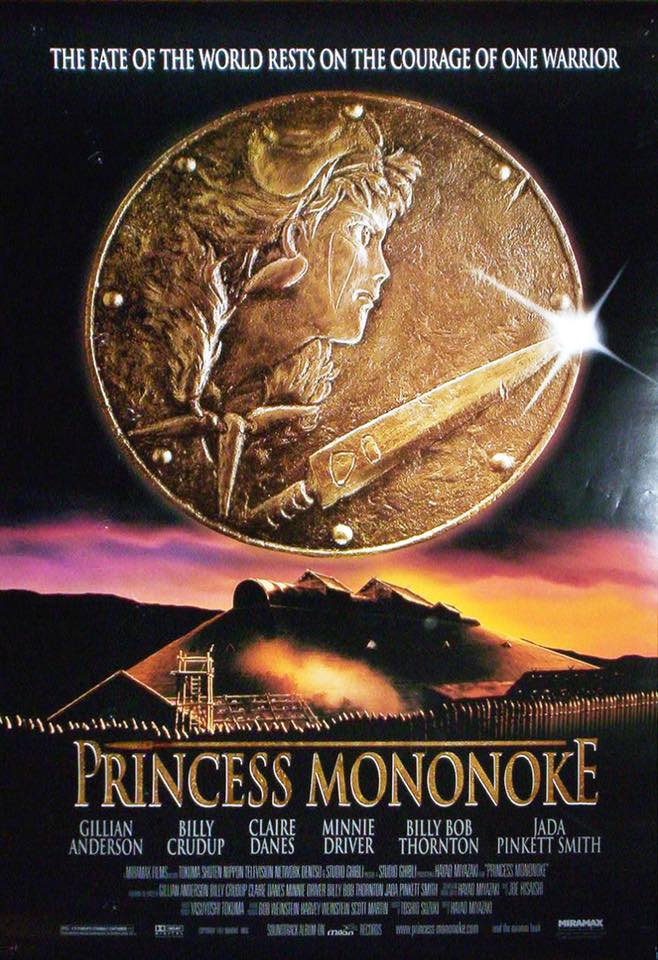 It’s strange the way the things that end up really affecting you in life seem to come out of nowhere. I went to go see Princess Mononoke in the theater for a friend’s birthday (this was the 1997 Miramax distributed English dub). I had seen My Neighbor Totoro and loved it, and assumed I would get something similar. How wrong I was. This movie was epic, human, mystical, environmental, loving, and beautiful. I try not to watch this movie too often, because I want to keep the experience of seeing it special. Ever time I watch it, I notice something new, and discover a new layer of the story. And yet, every time I watch it, the ending of the movie… the experience of the film as a whole… that same FEELING comes back to me, as strong as it was the first time I saw it. That’s something special. I can’t say enough about Princess Mononoke. It has informed so much of who I am and what I’ve done with my life. It just might be my favorite film of all time.

Most movies about racism before Spike Lee dealt with it as a concept, as an obstacle to be overcome. But Lee made movies where racism was an everyday reality, something that needed to be lived with. Do the Right Thing is one of his crowning achievements. At times an exposé on life in Brooklyn, at others veering into lyrical poetry, it paints every character with compassion and humanity, even when… or especially when… they are in conflict with one another. This film is a great example of films as empathy-generators. As a young kid, I was filled with the feel-good liberal lessons that all people are equal. But I still wasn’t surrounded by many black people growing up. Do The Right Thing was the first film that opened my eyes to the fact that some people had a completely different experience from my own. And the basic dichotomy, or debate, at the center of the film, is one that Americans need to be having: how do we change the way we are, with the fist or with the heart? 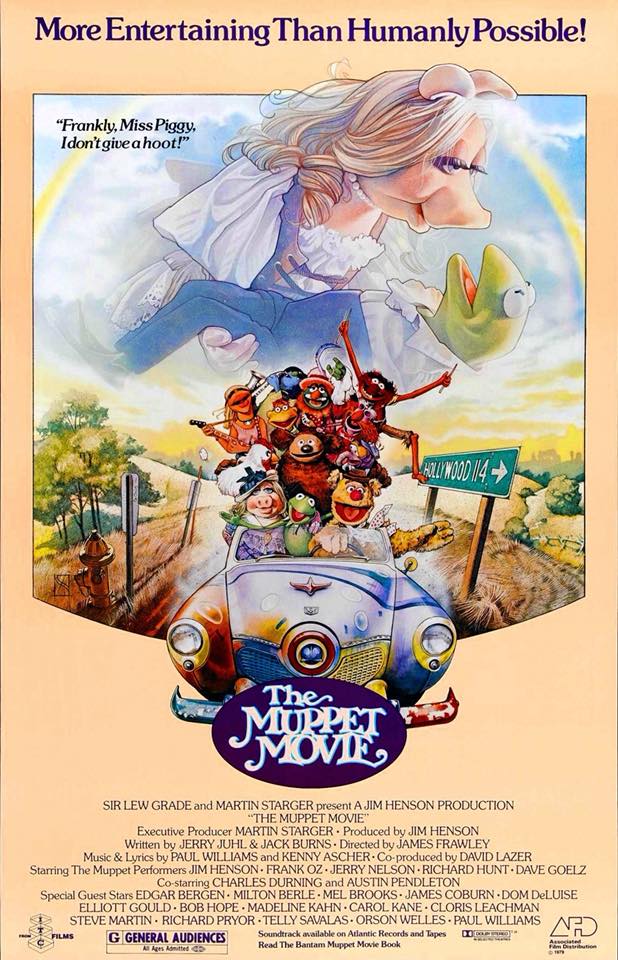 When it comes to parables about following your dreams, I can think of no better example than The Muppet Movie. Jim Henson’s, and by extension Kermit’s, insistence on making “millions of people happy” is so clear-hearted and lacking in ego that it’s almost hard to believe it’s real. But The Muppets deliver. The ethos of this film has served as the singular example of how I want to go after following my own dreams. In times where it feels like I’m losing my way and getting lost in the mire of life, I turn to the wise words that Kermit said to himself: “Well then, I guess I was wrong when I said I never promised anyone (anything)… I promised me.” 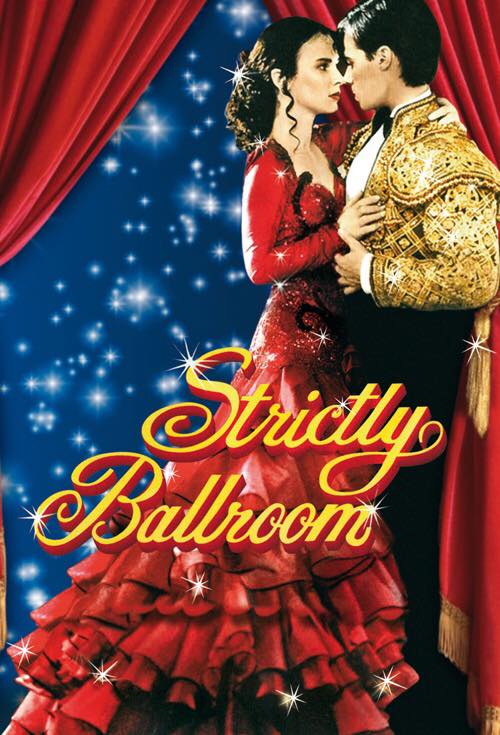 Baz Luhrmann’s first film is arguably still his best. While the rest of his work has continued to get grander and louder, there’s something so charming about the big dance numbers and wild costumes being placed in the setting of a quaint regional Australian dance competition. Strictly Ballroom does what I love best in movies: it creates a world all its own, with its own strange poetic logic: where dance competitions are a live-or-die occupation, where you can start your story with documentary-style interviews and abandon the convention for hyper-theatrical flashbacks, where love can rule and fear can be overcome by dancing the Paso Doble. Strictly Ballroom taught me about the choreography of movies; not just the choreography of dance and music, but how using music, editing, and timing can create a wild syncopation unique to film. 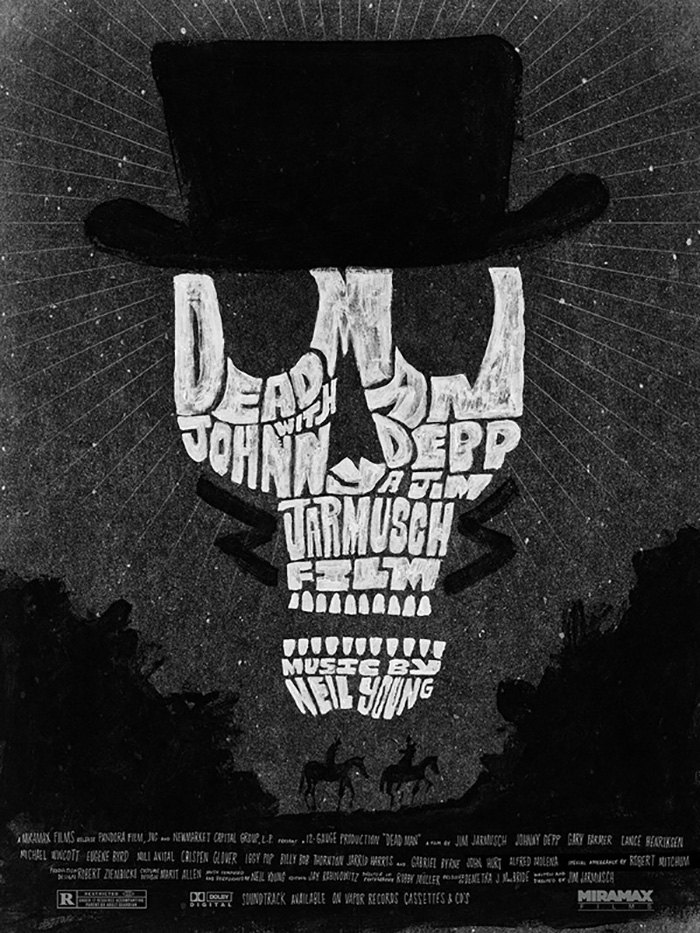 I love movies about death, and for my money, Dead Man does it best (I mean, the title alone…) I first saw Dead Man in college. It immediately floored me with Neil Young’s western-inspired, psychedelic electric-guitar soundtrack. The journey of our main character through a strange series of vignettes was like a fever dream of all the things I had been mulling over in my mind at the time. The Native guide Nobody who freely quotes William Blake, as if he were reciting adages of native wisdom, was more fuel to the hallucinatory brilliance of this film. At times slow and melodic, at times quirky and hilarious, at other transcendental, Dead Man remains a stunning parable of humankind’s journey into the greatest unknown, the land of the great beyond. 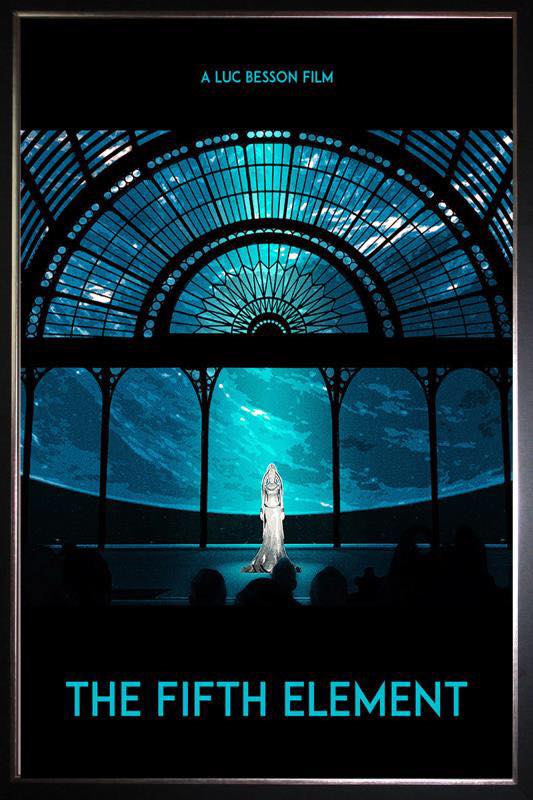 I don’t care what any film snobs have to say, I love The Fifth Element. First of all, it’s a Science Fiction / Action / Comedy, otherwise known as “The Three Best Genres Put All Together.” Plus it relied heavily on make-up, puppetry and practicals, to cheesily glorious effect. But it also happened to be one of the early pioneers in Hollywood’s large-scale adoption of digital effects, which I think it incorporates masterfully.

People will knock this movie for being a rip-off of Alejandro Jodorowsky’s graphic novel series “The Incal,” which it undoubtedly borrows many story and visual cues from. But I find it more akin to the way George Lucas created Star Wars when he couldn’t get the rights to Flash Gordon, and had to create an “homage” film in it’s stead. I’ve heard others complain about the “on-the-nosedness” of the central metaphor. “Oh, the Fifth Element was LOVE all along.” But you know, people who lob this complaint are already so cynical about anything approaching sincerity that they’ll write it off merely on those grounds. I personally like obvious metaphors, especially if the characters are compelling, the jokes funny, and the scale of the metaphor so grand to border on ridiculous. Just go for it, you know? After all, if there was ever a metaphor that deserved to be blown out of proportion, who could argue with the never-ending battle between hate and love? 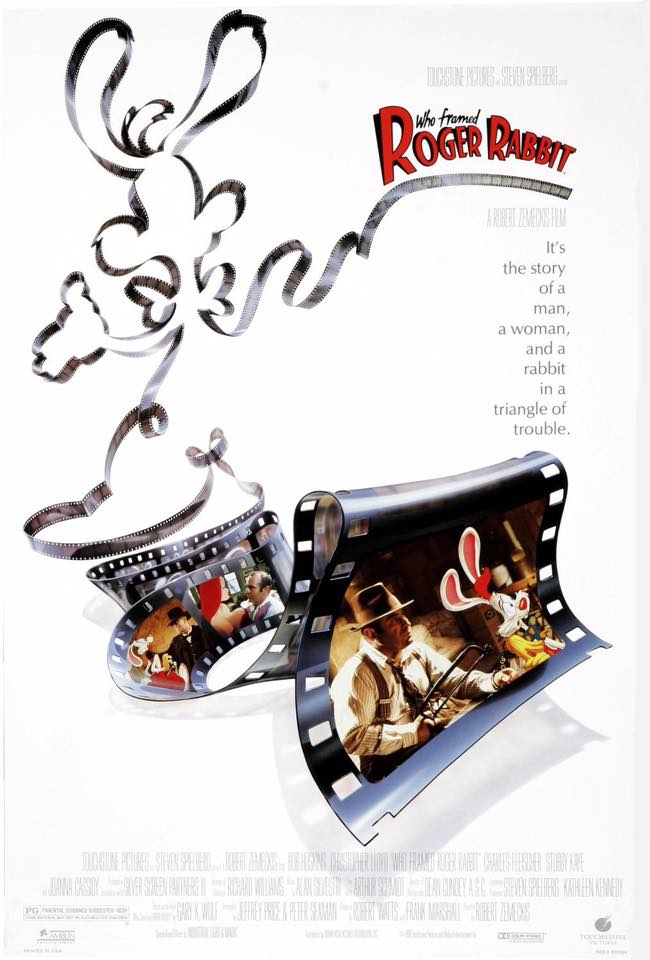 This movie is just… so cool. It’s a film noir detective story, it’s a buddy movie, it’s a screwball comedy. The amount of genres Roger Rabbit mixes and bends to make itself work is amazing. It also helps to prove a point that is salient in the animation industry: that animation is a medium, not a genre. Although the toons of Toon Town all play to type, there is evidence here that cartoons don’t have to be just funny… they can be sexy, thrilling, bad ass, and even outright terrifying.

The technological obstacles overcome to make this movie are mind-boggling (to say nothing of the masterful Hollywood politics that had to be played to get Bugs Bunny and Mickey Mouse to appear on screen at the same time).

And with all these technical feats to overcome, it still manages to be incredibly entertaining and inventive the whole way through. A massive amount of credit has to go to our main characters. Eddie Valient, a humorless private dick who hides his sorrow behind his drinking, paired with Roger Rabbit, a goofball with a heart of gold who desperately wants to make people laugh. Just writing that out makes me smile. What more could you ask from a movie?