FilmStruck, Cultural Context, and The Absolution of the Plutocracy

On the 26th of October, the classic / indie / arthouse film screening service (and online home to the Criterion Collection) FilmStruck, to which I have been a subscriber since its creation, stopped taking new subscribers. An article in Variety posted that same day explained: “The FilmStruck business will cease U.S. and International operations on November 29th, 2018.” Gone will be the most convenient library of culturally significant films at our fingertips. I’m not just sad. Like many lovers of classic films, I’m pissed.

FilmStruck pulled together the Warner Archive of classic films, enjoyed curation from the Turner Classics archive, and was the online home of the beloved-by-cinephiles Criterion Collection. As a student of film, FilmStruck was my graduate school – pulling together collections of classic Hollywood cinema, but also taking great care to highlight unknown foreign films, films by women and people of color, and arthouse fare that broadened the horizons of cinema beyond the blockbusters of the typical theater. A tweet from “Moonlight” director Barry Jenkins highlighted the love and care brought to the film service by the people who worked on it as a labor of love: “These were flesh and blood people who really, truly cared about the work they were doing and the people who made and appreciated film.”

It’s hard not to see this move from AT&T and WarnerMedia as part of the grinding wheel of corporate greed that has been slowly swallowing us from the inside out. Although it has been gnawing away for a long time, 2018 is getting the lion’s share of the beating. The bean-counting nature of these corporations seems accurately identified in these dry statements: Warner Brothers Digital Networks said the lessons from FilmStruck would “help shape future business decisions in the direct-to-consumer space and redirect this investment back into (their) collective portfolios.” AT&T took an even more sardonic approach, saying they would be “consolidating resources from sub-scale D2C [direct-to-consumer] efforts.” FilmStruck was only around for two years before they pulled the plug.

This absolutely seems like small potatoes when compared to other problems around the world. Refugees are still seeking asylum from war-torn countries, children are still missing from their families, women’s rights are in contention everywhere. But this shut-down of FilmStruck is also a symptom of the system that puts corporate interests above the needs of citizens. Arthouse and Indie Cinema are some of the truly unique mediums we have for giving voice to the voiceless. It feels like the only voice that matters at the moment is AT&T’s.

When you talk about films, you inevitably end up talking about everything else. Some of my favorite conversations started by discussing the merits of a film just seen in the theater. These conversations would often lead to dissections of politics, psychology, and philosophy. Strangers can become close friends after a discussion like that. Discussing film, not just in formalist terms but in the wider context of what a film means, can help us examine the very nature of society. If, as Carl Sagan so aptly put it, “We are a way for the Cosmos to know itself,” then in many ways, cinema is the eye that humans have provided to reflect and procure that self-knowledge.

Films have uniquely political aims at their heart as well. Because film is incredibly powerful. It is propaganda. It can stir the soul or put it to sleep. The monopolizing rulers of our modern world know this all too well. Why else do multi-national corporations invest so voraciously in media companies? They know, from examples like “The Birth of a Nation” or “Triumph of the Will,” that the power of the moving image can form opinions, and set the masses on fire for positions that are not in their best interests… but do keep pouring money into the pockets of the wealthy. And in grabbing all forms of multimedia, the plutocrats of the world, their reign over the people assured, can mold their message to the masses: stay asleep, stay dumb, enjoy your banal entertainment, and don’t look up to see the world we have created in our image. Thus the plutocrats absolve themselves of their sins against humanity by using the age old trick of magician and cinema: distraction. Don’t forget that much of what cinema became was pioneered by Méliés, a magician whose trade was the art of distraction. It seems like we will soon be living inside an episode of “Black Mirror,” if we aren’t already.

And yet, while the moving image has the power to embolden tyranny and distract the unawakened, it also contains that same power to empathize with others and to plant the seeds of understanding. Films like “The Battle of Algiers” can tune an audience into seeing what the “other side” is struggling for. Films have played a unique role throughout their short history in exposing the harsh rule of colonialism, the brutality of racism (particularly American racism), the tyranny of fascism. At its best, film uncovers the hidden truths of the world to be examined and understood by those who may never have thought to look outside their own box. It puts our human experiences throughout the ages into a cultural context that we can glean directly from the source material. Just in the last week, because of FilmStruck, I was able to watch Cheryl Dunye’s landmark queer-cinema masterpiece “The Watermelon Woman,” Jacques Tourneur’s low-budget horror cult favorite “Cat People,” and the Classical Hollywood auteur Ernst Lubitsch’s anti-fascist comedy “To Be Or Not To Be.” Where else could I have such a varied viewing experience, and from my own home? These stories have the power to lift us up, and comprehend the truth of all humanity: We are all one, even as we are all different. That ought to be worth celebrating and preserving.

To think that a whole library of important films that celebrate that truth will not be readily accessible to the young minds who wish to become the next generation’s film-makers is an incredibly depressing thought. The money-grubbing institutions of our current society seem hellbent on securing their bottom line and maximizing profits, to the exclusion of the weird, the niche, the marginal and the fascinating. The democratization of knowledge, and it’s ease of access, is one of the incredible achievements of the 21st century. And yet it is supported on pillars of business, who at a moment’s notice can re-make the library of knowledge in their image, to suit their needs, and to take away from us the weird and wonderful from our collective experience. In that same statement mentioned earlier, WB Digital Networks refers to FilmStruck as “a largely niche service.” But just because something is niche doesn’t mean it shouldn’t be protected. To me, it seems that a multi-national corporation whose business was built on the power of cinema ought to take it on as their duty to preserve and make accessible the great troves of cinematic treasure that inform the media landscape we inhabit today.

Once FilmStruck is gone, there will still be ways to watch old movies. If you live in the Los Angeles area, I recommend you put that Los Angeles Library Card to good use. Download Kanopy, and you have access to all of the indie and classic films in the LA Library’s possession.

In the meantime, I’m going to take the shutdown of FilmStruck as an opportunity to catch up on as many movies I’ve been piling up on my watchlist as I possibly can. Wish me luck, it’s a long one. 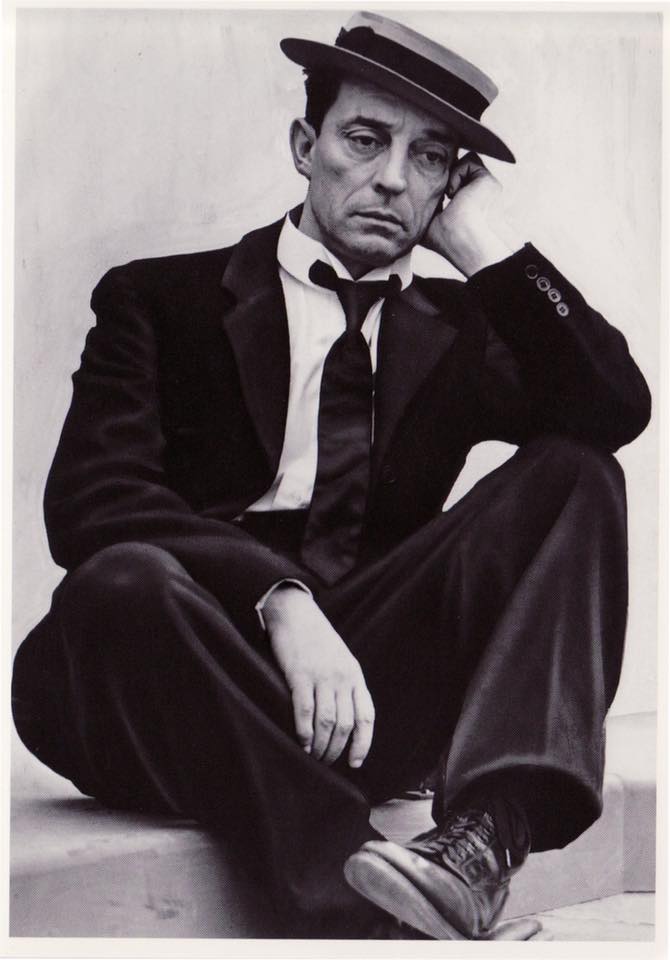